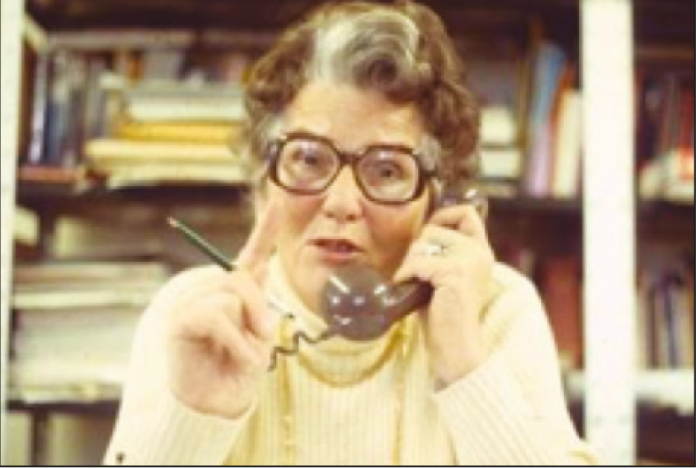 A family from Colchester claim they have been left footing the bill after the ghost of Mary Whitehouse started accessing their TV system.

Emily King, 57, has long claimed that the family home once inhabited by the social activist and inveterate prude, pictured right, is haunted by her spirit but now feels things have gone too far.

“It always felt like a nice little bit of British history, living in Mary Whitehouse’s old home,” she said.

“Not long after we moved in we started noticing her presence — Game of Thrones kept turning itself off whenever anyone got their norks out and the TV just turned itself on every time Alan Titchmarsh was on.

“Unfortunately we’re a few years down the line now and it looks like her moral standards have gone right out the window in the afterlife. We keep getting billed for all kinds of filth and the TV company are having none of it.

“They’re insisting that it’s unlikely that a poltergeist has access to our credit card details but that’s the only rational explanation.”

Season 2 Episode 1: The Christmas Special – Fire in the Skies read by...