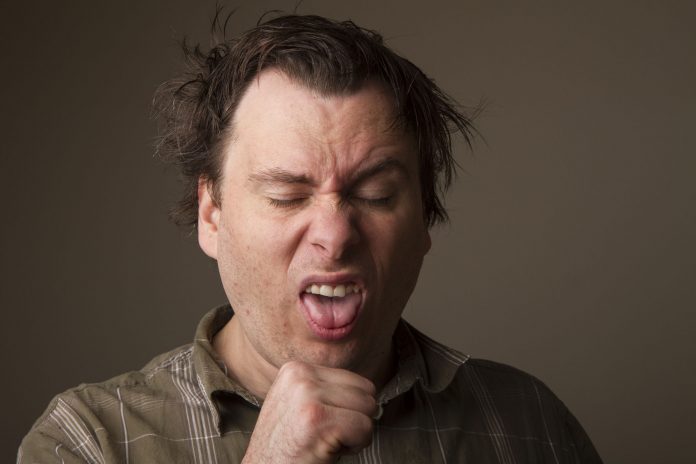 A man in Penzance says a violent coughing fit led to him accidentally summoning a demon.

Gareth Plums said the incident occurred when he was trying to dislodge a stubborn lump of catarrh which was obstructing his windpipe.

“I was coughing away for about five minutes, making all sorts of noises, when suddenly this horned creature appeared in front of me,” he said.

“I mean you expect some grollies — but a leathery-winged fiend from Hades? That’s a new one on me.

“I just wish other people could see him so they’d stop calling me mad.”

Mr Plums says he isn’t in a hurry to banish his nether-worldly companion.

“Sure, he is always telling me to kill people, but I work as a night watchman so I’m glad of the company.”

Episode 14: Ain’t no party like an online book launch party!