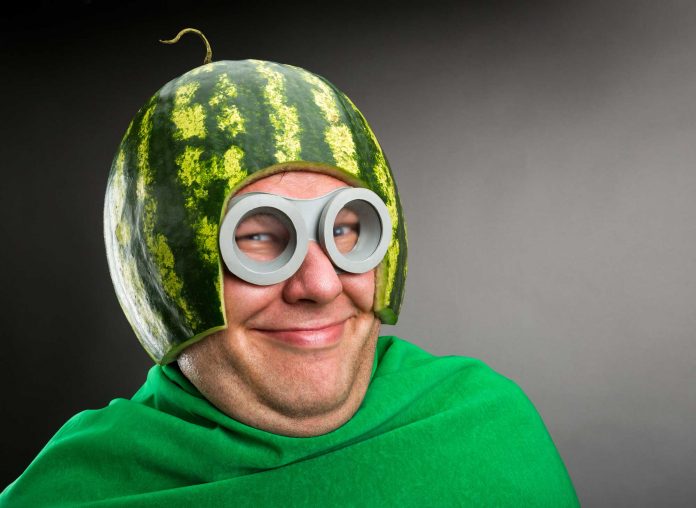 James Rochester from Orpington, Kent, was shocked to discover that when he moved to a job in Reading, Bob — a co-worker from his old office— was there too.

James explained: “Bob is a nice guy but a bit unusual.

“He makes very odd small talk, like asking people did they reckon Earth had developed light speed travel capabilities by now, how would they feel if the government were replaced by nicer people from far far away and how many kidneys the human body contains.

“To be honest, nobody minded as he did really good accounts and he was happy to sign a lot of things off as expenses.

“Also, the watermelon outfit he wears for casual Fridays is fun.”

James was shocked to discover Bob was working in his new office too, even more so when he rang one of his former co-workers at lunchtime who confirmed Bob was still definitely sitting at his desk in his old office.

At this point, there was a loud popping noise and both Bobs simultaneously disappeared.

“It was a nightmare first day,” confirmed James.

“The new office’s Bob disappearing went down very badly as he was due to bring in cakes the next day.”

“The new office’s Bob disappearing went down very badly as he was due to bring in cakes the next day.”