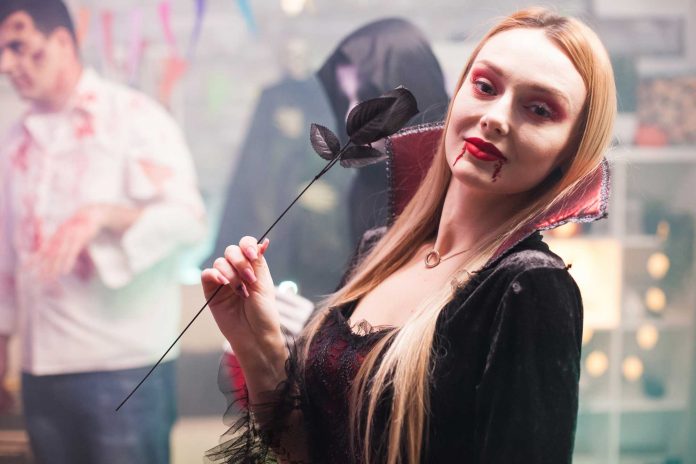 The proprietors of the Whacky World of Wax wax museum in Merthyr Tydfil have been left mystified by a series of bizarre attacks.

“We kept getting called out with the alarm going off, thinking we’d had a break-in – only nothing was ever taken.

“After a while, we thought there was a fault, only the alarm company said it never was. Then our Gareth noticed some damage to one of the waxworks. Margaret Thatcher had peculiar indentations on her neck that looked like they might be teeth marks.

“To be honest, she’s taken a lot of damage over the years – including an excrement-throwing incident which was very unpleasant. We laughed it off at first but then we found similar marks on the necks of Prince Harry, Tim Henman and Judi Dench.

While the police struggled to come up with an explanation, local “paranormal investigator” Rhodri Halverson was far less reticent. “Clearly what we’re dealing with is someone who is having vampiristic urges and who is trying to assuage them by biting waxworks. Y’know, like people try and give up smoking by sucking on one of them fake ciggies.”

Ms Davies thinks Galverson might be on to something. “It does seem like somebody is having a bite. They keep doing it too – we had another break-in last week and this time they had a go on David Beckham. Whoever it was left Posh alone, which makes sense – there’d not be much eating on her.”

Staff have speculated that whoever the culprit is, they seem to be combining vampirism with Welsh nationalism as all of the waxworks attacked so far have been English.

The Stranger Times Episode 2 – Do the Research