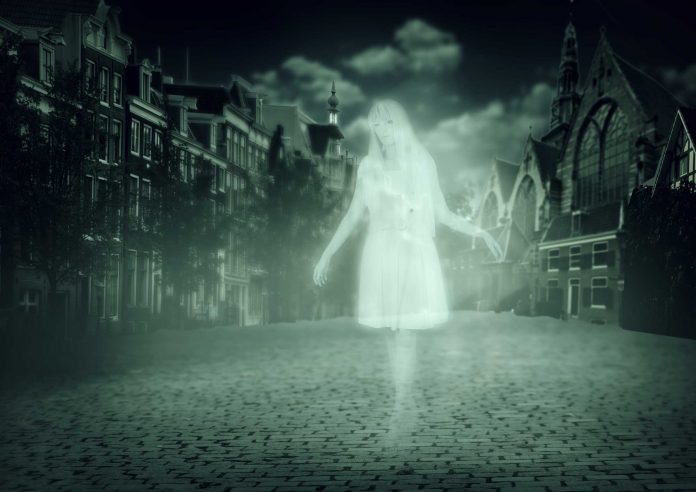 The Falstaff in Stratford-Upon-Avon, dubbed by the man who wrote Horrible Histories as the most haunted building in Britain (despite the aforementioned gentleman having no known para-investigational qualifications) seems to have got itself a new ghost.

Members of tours have recently reported visions of a teenaged girl appearing and tutting loudly while looking bored.

One tour-member, Duncan Goodhew (no relation), said: “we were standing there and the fella was telling us about Shakespeare’s ghost or summat and I noticed the girl beside me was playing Candy Crush on her phone.

“I asked her to put it away and she pulled a face and said ‘this is rubbish, I didn’t even want to come here’. And then she disappeared through a wall.”

Local experts have suggested it might be the ghost of Tamara Bentley who when she was last seen had claimed to be ‘dying of boredom’.

Witnesses have confirmed that even when alive, she was a real drag.

Meanwhile, in other supernatural Bard news, Shakespeare’s Globe Theatre in London has reported itself as being overrun with the ghosts of monkeys with typewriters.

“The infestation raises some serious questions as to how Big Willy’s works were created and more importantly, we can’t figure out how ethereal monkeys have found real poo to throw but they definitely have.”

The Stranger Times Podcast Episode 9: The Keeper of the Dead