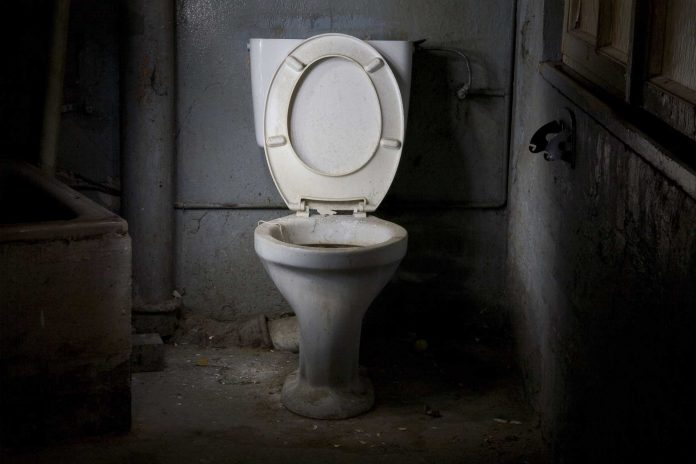 The town of Falkirk in central Scotland has been thrown into turmoil with locals claiming the toilet in a local public house, The Ram and Anchor, has been possessed by the devil.

The commode, having previously spent nineteen years at the property providing the expected normal services has recently branched out into issuing ominous predictions, lifestyle advice and shortbread recipes.

The trouble started two weeks ago when local resident and enthusiastic defecator Reggie Connell was using the facilities.

“I was sitting, minding my own business while y’know, doing my business and this voice comes up from the bowl saying that the Earth will be consumed by fire and Falkirk would get relegated from the championship.

“Nobody wants to hear that, I’ve just bought a season ticket!”

Despite extensive investigation, by patrons, the local constabulary and a priest, no conventional source for the voice has yet to be identified, much to the annoyance of publican Jimmy McGee.

“People come in here for a couple pints and possibly a pie, not to hear that we’re all doomed to a fiery death and that Falkirk’s appalling goal-scoring record is set to continue,” he said.

“The voice has also made some very harsh remarks about the wife’s cooking and even if it is Satan, I’m gonna twat the bastard if I ever meet him.”

The Stranger Times has visited The Ram and Anchor to investigate this story and while we could find no evidence of demonic possession, we can confirm that the steak and ale pie is very dry.

The Stranger Times Episode 2 – Do the Research