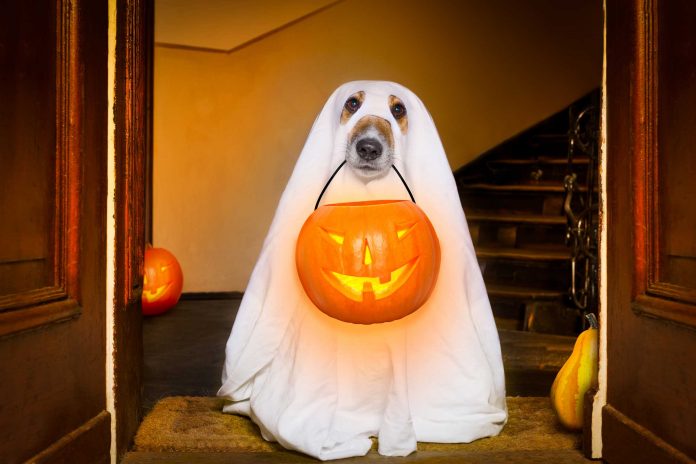 Revellers at a children’s Halloween party were left spooked when the affair was gatecrashed by a ghost dog.

As Mrs Tina Clarke, wife and mother, explains: “At first when the dog showed up we thought, ahhh – someone has put a costume on a doggie, adorable!

“We didn’t know who’d brought it but he seemed friendly enough.”

In fact, he was if anything too friendly.

“He ehm… we had this big carved pumpkin and he y’know, started ‘being intimate’ with it. Nigel attempted to get him off but he became suddenly aggressive.

“We tried to get the kids away from it, but you know children — they had a lot of questions. Eventually, while I was half way through my ‘when a mummy and a daddy or a doggie and a pumpkin love each other very much’ speech when the pumpkin exploded and the dog disappeared in a puff of smoke.

“All the parents were horrified and the magician we’d hired said it was impossible to follow.”

Episode 14: Ain’t no party like an online book launch party!