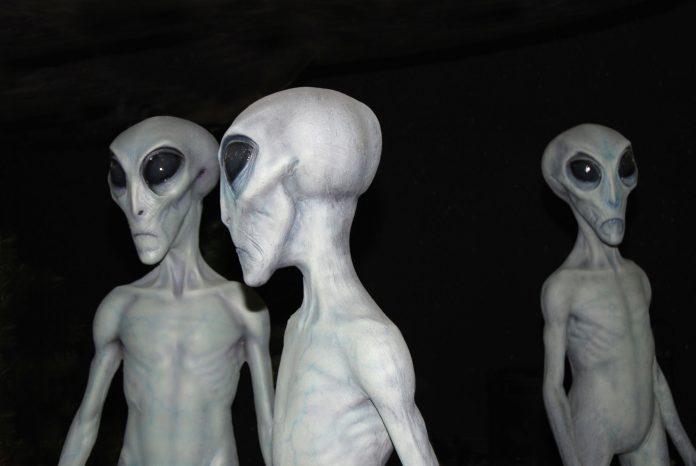 Michael Portillo (no relation), 46 of Dunstable, was left shaken by a most peculiar encounter of the third kind.

He claims to have been out walking late at night in an effort to reach 10,000 steps when he was pulled into the night sky by a dazzling bright light.

“Next thing I knew, I’m in this white room, strapped to a chair, naked – and these big grey lads with massive eyes and no genitals were standing over me making clicking and burping noises,” he said.

“I noticed there was a distinct smell of alcohol in the air and I myself am a strict non-drinker.

“Then, all of a sudden, like a switch had been flicked, I could understand what they were saying.

“The most pissed one, Tarquin, kept trying to get Arnold to touch something – but I wasn’t sure what he meant.

“Then the third fella, Douglas, rolls his eyes – which was impressive as he’s got a lot of eye to roll there, and said, ‘this is weird. Could we not just mutilate a cow like a proper stag do?’

“Honestly, the whole thing felt like three guys who’d grown up together and really had nothing in common any more.

“They dropped me in the middle of a field and I was relieved to get out of there.

“Tarquin had just said something about Douglas’s ex and it was getting tense.”

Has naughty Nessie had a few drinks?