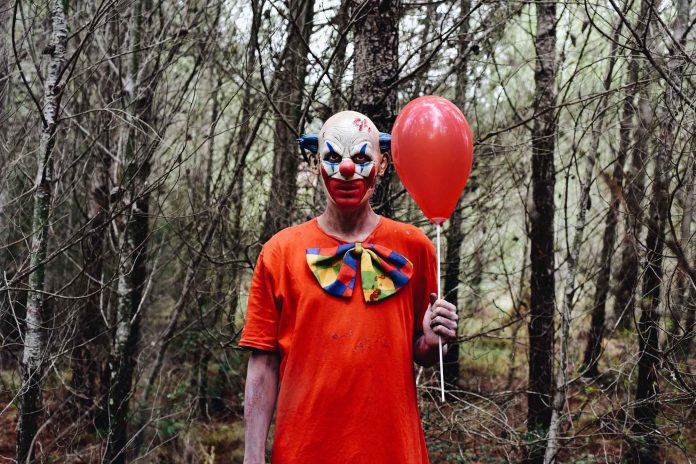 Residents of Malawacki, Wisconsin, can sleep easier knowing that Mr Wallop the clown, who has been terrifying people with late night appearances in windows, doorways and the drivethru at Wendys, won’t be bothering them anymore.

Local man Carl Craigs has come forward to admit it was all a sick joke.

And in a bizarre twist in the tale, Craigs claims he came forward because he himself was being stalked by the clown.

As he said at his arraignment: “Seriously, I’m sorry but – he’s right there, right over there in the corner.

“You all see him right? Stop it. He’s waving at me right now! Just tell me you see him!”

Mr Craigs was sentenced to one hundred hours community service and ordered to pay a $2,000 fine.

He may soon find himself back in front of the judge though as he hasn’t shown up to fulfil his sentence and nobody has seen him since he ran off screaming into the woods.