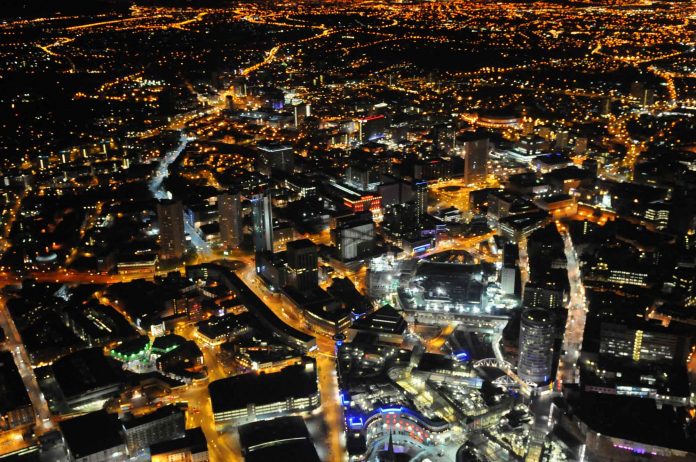 The aeronautical community has been thrown into disarray following an extraordinary occurrence last Monday evening.

In the space of three minutes several pilots on flights on their final approach into Birmingham International Airport reported they lost contact with ground control.

Initial assumptions of communication equipment failure were confounded when pilots attempted to navigate by sight. To quote one pilot, who wishes to remain anonymous: “I’ve been flying to Birmingham for 17 years and I’m telling you, I looked out the port side window and it wasn’t there.

“I don’t mean I was off-course, I mean Birmingham wasn’t there!

“There was just a weird throbbing blue light where the city should have been.

“I couldn’t look at it at for more than a few seconds as I started to feel unwell. The co-pilot threw up!”

Other pilots reported similar difficulties and two flights were diverted to nearby East Midlands Airport.

The UK Civil Aviation Authority has said solar flares interfered with equipment resulting in short-term navigational issues but at no time were passengers in danger. All communications from the period have been designated classified and a freedom of information request has been denied.

The people of Birmingham meanwhile, seemingly noticed nothing at all while this strange phenomenon was occurring, although since Monday night the clock on Birmingham town hall has been running backwards much to the consternation of baffled engineers.

Episode 10: Meet the Family – A Preview of The Stranger Times

Cleopatra is coming at ya