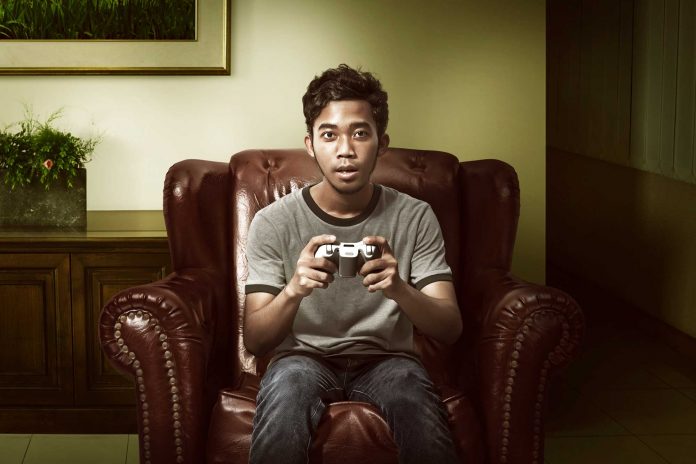 Makers of the hit interactive open world immersive gaming experience Suck My Bullet 2 – Deader Than Ever have issued a statement strongly denying that one of their programmers, Tony Vendo, has somehow become trapped in the game.

Users first noticed the problem on the day of release.

Veteran gamer ArmageddonOutOfHere told our reporter: “I’d been playing the game for seventeen hours straight when I was having a sick zero-grav shoot out on a space station and this dude wanders across the screen in his underpants carrying a bowl of cereal.

“I tried shooting him but he just wouldn’t die, he just kept demanding to talk to someone called Karl.”

“Underwear Tony has been seen on numerous levels and there’s a whole Reddit section just full of video clips of him getting angry when players won’t let him use the bathroom in peace,” Mr ArmageddonOutOfHere added.

Dodosoft have now clarified the situation by saying Tony is a quirky character they included in the game as a special bonus.

The company has refused to answer any further questions, so we have no idea why a semi-naked man who reports say splits his time fairly evenly between crying and asking people to feed his cat, is seen as adding to the gaming experience.

Some industry insiders have speculated that such features could be the next gaming craze.

One said: “People love to feel like they’re winning, it’s what the gaming experience is built on, so what would be better than seeing a guy who is definitely a bigger loser than you are?”

The Stranger Times Episode 4 – The Trouble with Me Last Week