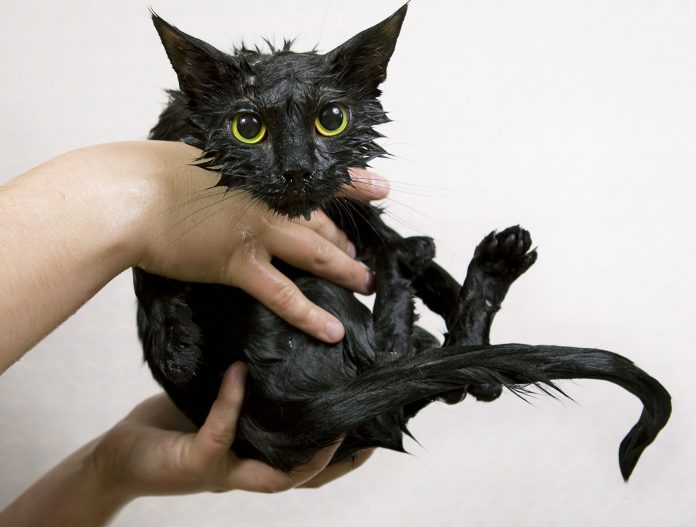 An Isle of Wight family’s pet cat is recovering at home after apparently completing a 700-mile journey that included swimming the Channel. After many years living in France Kat Cousteau, 47, convinced her husband that they and the children should move back to her childhood home on the island after her mother passed away.

She was devastated when the family pet, Monsieur Noms, ran away days before the big move.

“We looked everywhere and couldn’t find him. It was terrible, so you can imagine our delight when he appeared on our new doorstep a few months later, thin and damp but otherwise perfectly healthy.

“I like to think my mother reached down from heaven and showed him the way to swim.”

“My wife, she can’t — how you say — read a paper up her nostril. A stray black cat turned up on a rainy day. That’s it.”

Plumber can feel Bowie in his jeans