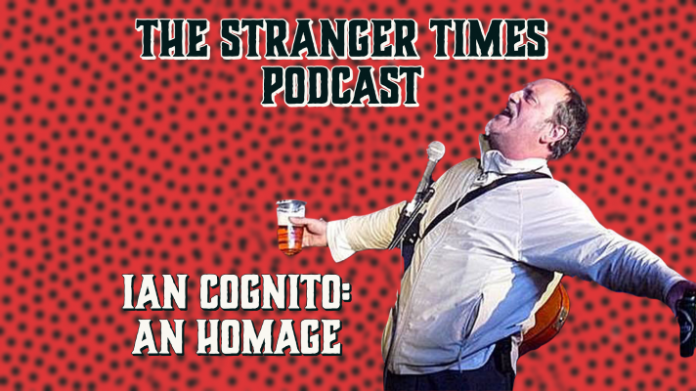 In episode 7 of The Stranger Times podcast Caimh explains for the uninitiated who the late, great Ian Cognito was and how he came to name the character Cogs after him as an homage to the legendary figure of the British comedy circuit, who died while performing on stage on 11 April 2019.

You can find out more about Ian Cognito by watching the brilliant multi award-winning documentary, Ian Cognito: A Life and A Death On Stage.